When you need a criminal attorney, don't settle for second best.

What is a Felony? 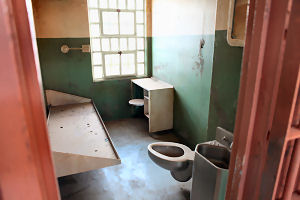 Felonies are serious crimes.  Historically, felonies were crimes for which you could be imprisoned more than a year. These days, the North Carolina Legislature will specify whether a crime is a felony or not.  Many crimes may be either felonies or misdemeanors, depending on the value of the item in question (in the case of a theft) or the amount of injury or damage caused.

What Kind of Crimes are Felonies?

Violent felonies can be anything from First Degree Murder (the most serious crime in North Carolina) to Robbery with a Dangerous Weapon (Armed Robbery). Violent felonies also include rapes, sex offenses, violent assaults, attempted murder, manslaughter (a form of killing), burglaries. Other felonies include such crimes as drug trafficking, possession of drugs with intent to sell and deliver (PWISD), manufacturing of drugs, larceny, embezzlement, and obtaining property by false pretenses and other kinds of thefts, and Breaking & Entering.

A key difference between a felony conviction and a misdemeanor conviction is that a felony conviction will result in the loss of certain citizenship rights, including the right to vote and the right to hold public office. These rights are restored after prison or probation ends. In addition, a person who is a convicted felon may never possess a firearm or ammunition for a firearm ever again.  If the person does, the person is liable for up to 10 years in federal prison for mere possession of something as small as a shotgun shell.

Overall, a felony conviction is a serious matter. If possible, you should hire a lawyer as quickly as possible if you believe you may be charged with a felony. And under no circumstances should you speak with police about the case without your lawyer present.

What is the Felony Process?

Most felonies begin in District Court in North Carolina. And many felonies end in District Court, either through dismissal, a felony diversion or felony drug diversion program, or a plea agreement. In Wake County, these cases are handled in courtroom 4D.

A felony diversion or felony drug diversion program involves an agreement between the District Attorney and the defendant. The defendant agrees to complete certain kinds of treatment programs, stay out of trouble, pay back restitution (if a theft or property crime), and pay certain program costs. Usually there is a community service component involved. For felony drug diversion programs, the participant must usually complete 225 hours of community service in a year, which is a significant amount.

Felony cases not resolved in District Court head to Superior Court.  Felony cases never go to trial in District Court; they go to trial in Superior Court.  A Felony Case will reach Superior Court generally in one of two ways: either a probable cause hearing is held and the judge finds there is enough evidence to charge the person with a felony; or the prosecutor convenes a grand jury – 18 citizens – who meet in a room in the District Attorney’s offices.  The grand jury deliberates in secret, and nearly always issues a true bill of indictment.  In Wake County, probable cause hearings are almost never held. Instead, the Wake County District Attorney uses the Grand Jury method to indict people.

An indictment is merely an accusation, which puts the case within the jurisdiction of the Superior Court. At that point, the District Attorney may make additional plea offers, which may be rejected or accepted by the defendant. Most felony cases never actually reach a trial.  In many cases, the person eventually pleads guilty to either a felony, or a misdemeanor.  In some cases, the charges are dismissed if the District Attorney’s case falls apart.

During this process – which can take between 3 (three) months and 2 (two) years or more – the District Attorney is required to hand over what is called “Discovery”.  In addition, your attorney may make various motions.  These motions are requests made by you to the court to do something.  For instance, maybe evidence was collected illegally in your case.  Your attorney may make a motion to the Superior Court to stop the District Attorney from introducing that illegally obtained evidence.

At a certain point prior to trial or a plea bargain, you will be arraigned.  An arraignment is really just a formality.  It is a reading of the charges.  In most cases, defendants will waive arraignment through a “stipulation,” meaning that they will waive the formal reading the charges.

If no good plea offer has been made, the case is likely to head to trial.  A trial in Superior Court is held in front of a jury.  At the start of a trial, both sides select a jury, witnesses are sworn in and questioned, physical evidence may be presented, and arguments are made by the lawyers on either side.  Ultimately the jury will render a verdict.  If the verdict is guilty, the jury may also be called upon to decide whether the were any really bad factors (aggravating factors) associated with the crime.  If the jury finds that there were, the judge may be allowed to give a tougher punishment.

If the defendant is found guilty by a jury, the punishment is ultimately decided by the judge (although in capital cases, a jury determines whether the death penalty should be imposed) following a sentencing hearing where both the defendant’s lawyer and the District Attorney put on evidence and make arguments about the kind of punishment that should be imposed.

What Can I Find Out About My Case?

Unlike in District Court, in Superior Court you have the absolute right to see everything the District Attorney or police agencies (including Child Protective Services and even private organizations working with the police) have collected about your case.  This is called “open file discovery.”  It is absolute, and unfettered.

Your attorney may have to fight for it, and it may take a while to get.  But eventually you should get everything.  If the prosecutor has hidden material, it could be grounds for sanctions against the District Attorney or mistrial or worse.

At first you will have no information, except what you might know about the accusations.  When you first meet with your lawyer about your case, you should try to give as much detail about what happened and why you think you are accused.  That conversation is strictly protected by attorney-client privilege.

How Long Will My Case Take?

Felony cases can take anywhere for a few months to years.  A case headed for trial will not get there for at least a year, probably longer.  That’s because there are so many cases in Wake County and so few courtrooms that cases will sit in limbo for a long while.

In the meantime, you may need to make several appearances at Motions & Arraignments (M&A) calendar call in courtroom 3B of the Wake County Courthouse.  This setting is when motions are made by either side in advance of a trial.  In addition, cases that are going to be resolved by plea bargain are set for M&A so that a courtroom can be found where the plea agreement can be entered.

Why Would I Decide to Plead Guilty?

A plea might be a good resolution to the case where there is a high probability of conviction, and where the District Attorney is offering lenient sentence.  A plea might also be a good resolution where the person is facing a very long sentence if found guilty at trial, and the District Attorney is offering a plea to a lesser charge or a lesser sentencing range.

A plea also introduces certainty into the process.  In a plea agreement, both sides know generally what they are getting. For a person who is facing a very large or unpredictable result at trial, a plea agreement may allow them to complete the sentence and go back to their lives. Most judges accept special pleas called “Alford Pleas” in which a defendant may deny guilt, but accept a plea because the plea offer is too good to pass up.

What Happens If I’m Convicted?

If you’re convicted, there is no automatic right of de novo appeal.  That means that you do not automatically get a new trial, as you might if you were convicted in District Court of a misdemeanor.  Instead, you can appeal your case, but those appeals will only look at errors of law or ineffective assistance of counsel claims (that your lawyer made mistakes).

Once you exhaust your state appeals – to the North Carolina Court of Appeals and the North Carolina Supreme Court – you can also appeal to federal courts.  An appeal to the federal courts is based on certain federal statutes, and on claims that the state courts violated your United States Constitutional rights.  These appeals are rarely successful.

How is Punishment Decided if I’m Convicted?

The chart is too complicated to describe in full detail here.  But essentially each felony in North Carolina is assigned a class.  By matching up the class, and also determining the defendant’s prior record level – the number of points he has from past convictions – the defendant is placed into a box.  From there, the judge weighs various factors, and determines the appropriate sentence.

What Sentence Will I Receive?

Can Anything be Done to Reduce My Sentence?

Above I describe various appeals that are available to someone convicted of a crime.  While the chances for success are slim, those are the best chances for success.  In general – short of a pardon, or the very rare event where someone is found innocent of a crime after conviction – there is no way to reduce a prison sentence if no errors are found with how the trial was conducted.

How Much Will an Attorney Cost?

The cost of hiring an attorney to handle a felony varies a great deal.  Some felonies can be handled relatively easily.  But many felonies require a great deal of work, review, and investigation.  Many times a client will hire an attorney to represent them at the District Court level on the felony and that will usually resolve the matter.

The information you obtain at this site is not, nor is it intended to be, legal advice. You should consult an attorney for advice regarding your individual situation. We invite you to contact us and welcome your calls, letters and electronic mail. Contacting us does not create an attorney-client relationship. Please do not send any confidential information to us until such time as an attorney-client relationship has been established. Thank you for visiting Marshall Miller, PLLC, Attorney at Law, lawyers serving Harnett, Lee & Johnston Counties of North Carolina.